In this forum, you can start an ongoing development diary detailing the progress on your latest mods in progress.

I'm working on some random wad file for all this stuff, As well as some others, I may upload an alpha soon, so far I've have done:

The map's alittle done, a church and a little outside so far.

will upload when ready.


++EDIT++
The following zip is a compliation of what I've done lately, sorry, it's not in a wad file, playable, or for that matter decorated, but I'm in a class, and have no XWE here... enjoy never mind... It's still not uploading...
It's Arma-goddamn-M*****ing-geddon.
Top

Hey, any word on when the big zip file will be available? I've been interested in your edits but far too lazy to go download all of them.
Top

well, my f****** vista has issues with my uploading of files, but I'm about to have another go


+edited edit+ About the game, The name(unofficial) is to be "warzone"

and I want to include several parkour realted things(an increased step height for one!) as also, I would like duducrazy's permission to use the muzzle climb script and the walltac(otherwise known as wall flipping) to add, as the player is to be a paramilitary commando, and he needs to be elite as possible within sane limits!.

so far the features of note are;

jamming and self destructing weaponry(if its a peice a shite)
terrain specific footstep sounds(working on stopping them while crouched)
grenades(killzone style, you must bind a key to throw them, they're not simple inherited fletchettes!)
relatively smart enemies that can run, reload, take cover, use grenades, and jump to higher places

ALSO!!! minor update on the map itself, I have removed the falling snow, as the map is so large it lags it considerably.

so, you may not see me for a while, I'm working on several essays/ papers/phychological profiles but rest assured I'm still working!

I'm really diggin' the edits here, though, the seem a bit rough around the edges for some of the rips. Try smoothing it out a bit by adding more shades in there.

other than that, these are awesome!
Top

Which particular ones? I know the ones in mtguns.wad were done with boredom in mind, and I dont even use 'em. anywho, the sprites are done with texture filters in mind, so opengl it up, and you'll be just fine.

Will edit this post when I can to release, you guessed it, another assault rifle that defies the laws Of seen before guns...

Here's somthing Else I did when I was bored.

enjoy.(creds to the sfx factory for them thar graphics) 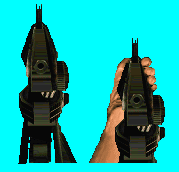 Mortarion, I'm pretty new to these forums, but I just wanted to let you know that you have been releasing some wonderful stuff and that I (and others) appreciate it a LOT!

Many thanks to you!
-Mr. Mistoffelees
Top

Here are some screenshots from warzone! now, be nice, the map has no end yet, is half done, but I want to post screens anyway. so there.

(yes I am aware they are a bit dark.) 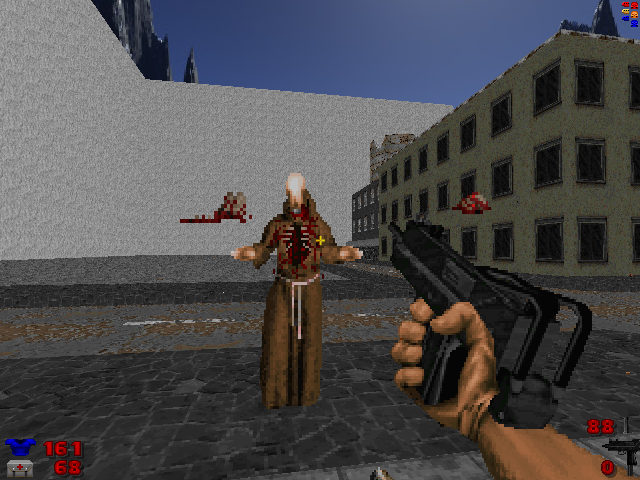 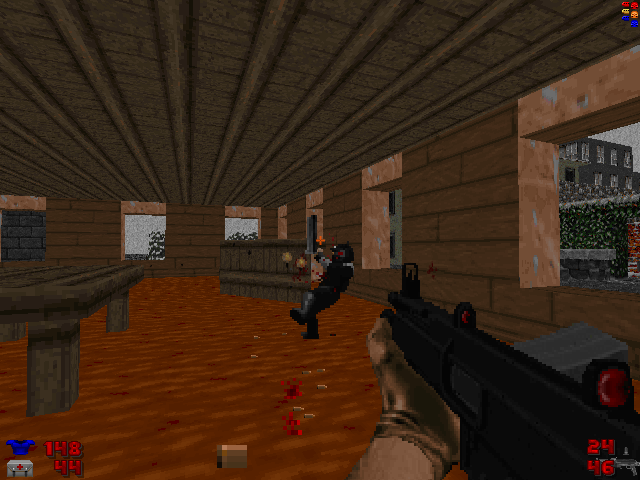 Hmm, this looks pretty interesting. I don't think I've seen any of these weapons before in any other mods. Good stuff. Keep up the good work man.
Top

Of course you havent seen them before!:D These are all new weapons and mostly new monsters!
It's Arma-goddamn-M*****ing-geddon.
Top

Aah! Undead topic! Undead topic! Uber bump here, warzone has suffered one of my trademark bored streaks. So it's on hold unless someone wants to join in. Im working on yet another city, with a silent hill meets dawn of the dead thing going on. Weapons are buyable, and upgrades can be purchased to make weapons more powerfull (scope for the revolver, better ammo for the winchester, ect)
Playtesters:
Lord_Jirad
Sykesccorp(?)
Lizardcommando
And about three other free slots for playtesters.
Last edited by Mortarion on Mon Oct 13, 2008 13:39, edited 1 time in total.
It's Arma-goddamn-M*****ing-geddon.
Top

I can playtest this thing if you want.
Top

Righto, I'll send you an alpha when I can (I tend to browse the forum from my cell) so far, early undead gfx done(no attack frames yet, they stand still, you take damage) the hkg36 upgrade is not in yet, but will be soon, the map's just a little over 45% done, its what you'd expect from an alpha. Though it is multiplayer compatble(I use zdl3.1) but heed this warning, a fast computer is required, if not mandatory. Slowdowns may occur on older computers.
It's Arma-goddamn-M*****ing-geddon.
Top
Locked
42 posts