That to me is the biggest problem with brightmapped textures.
Top

It's also a problem with dynamic lights, when you have light sources in the sector.
Top

Just a question about brightmaps.
In GZDoom 323, did brightmaps ever cause strange glitches such as placing them on other textures randomly?
Its just mainly a ST Question to try and fix a bug with them.

Only asking because I cannot get this to happen in 323.

I can't remember when that problem was fixed. Probably later.
Top

I'v just made brightmaps for Heretic

waiting for comments and suggestions
Top 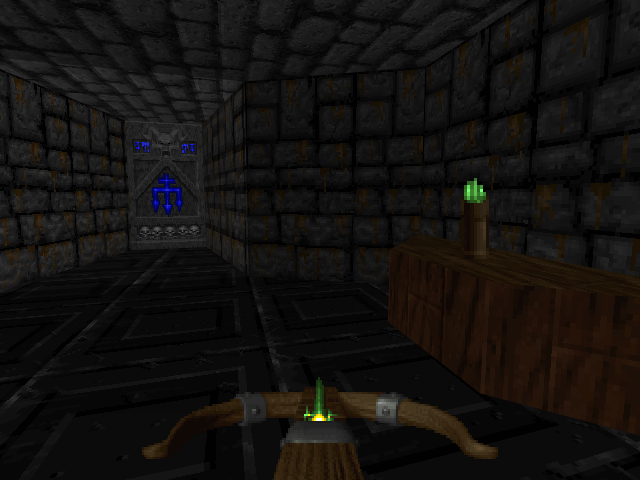 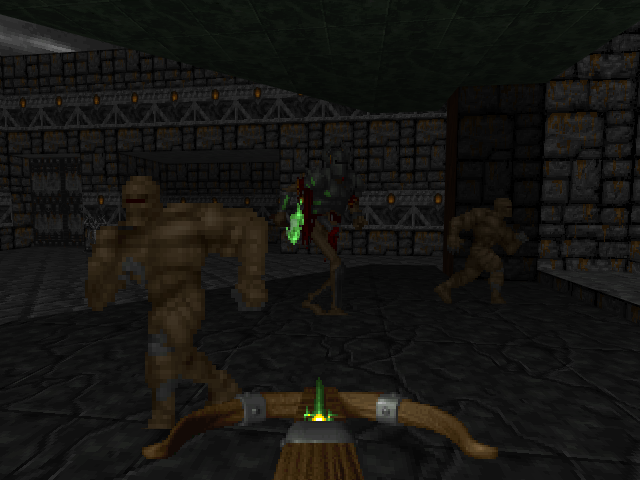 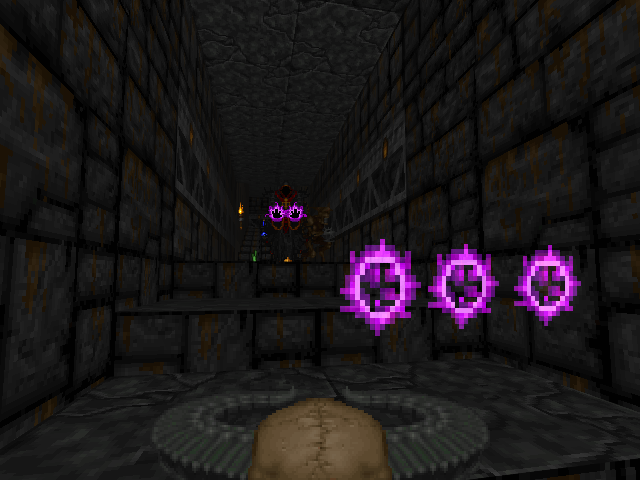 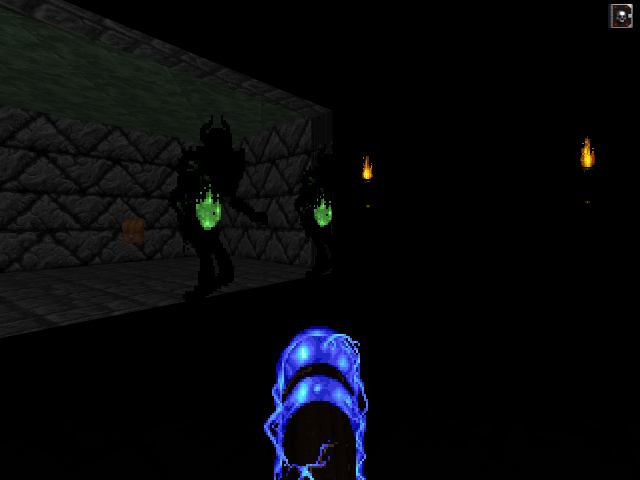 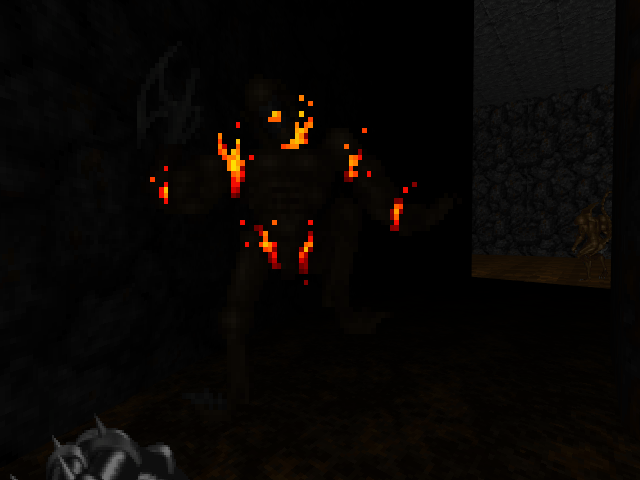 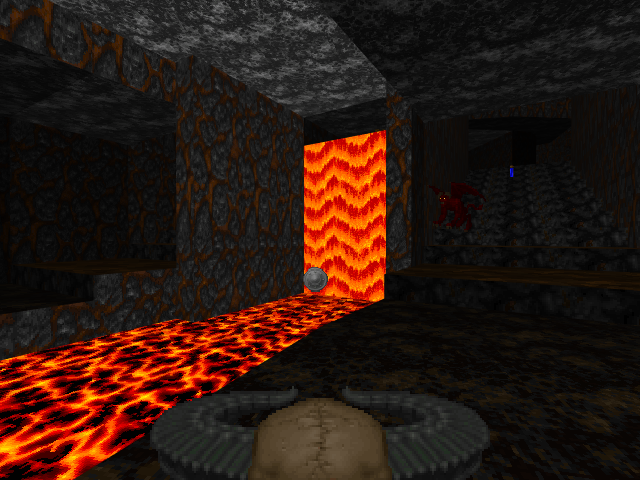 But here's a problem with iron lich, hes brightmaps aren't working, I'v got no idea how to fix it 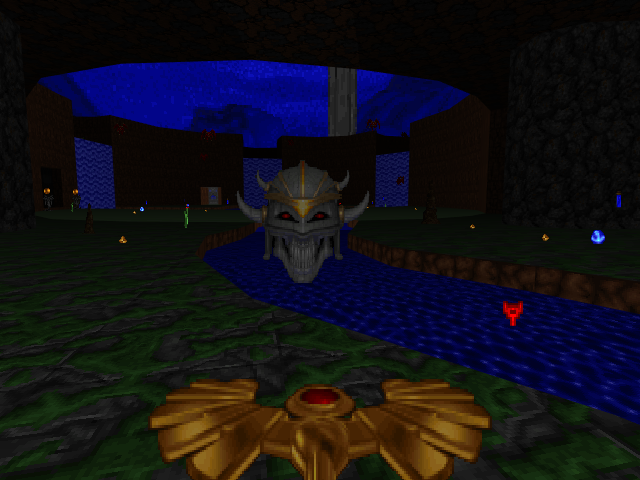 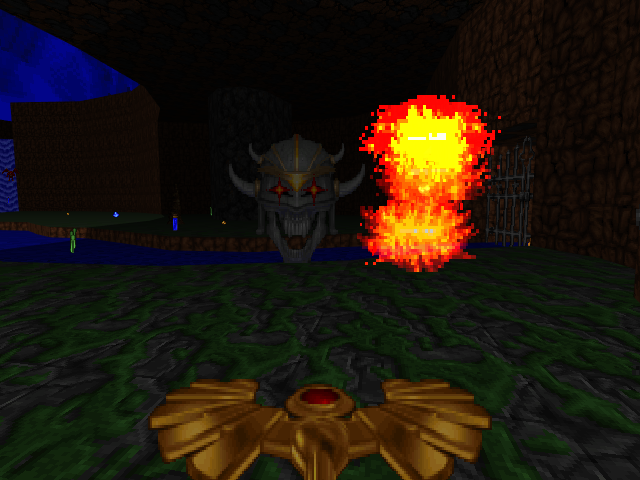 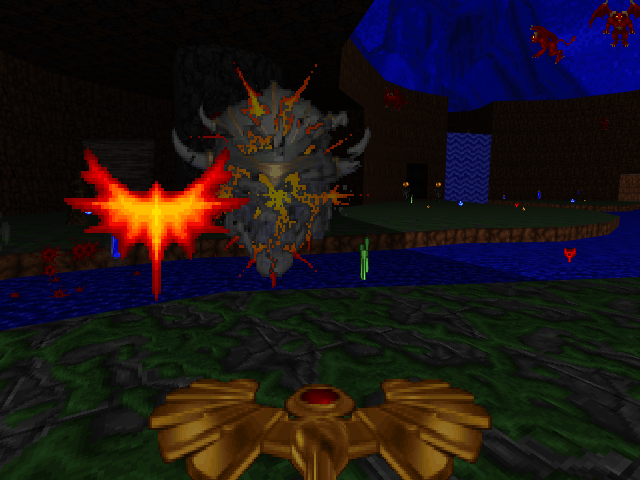 I'll return to Doom's brightmaps (making eyes darker and so on) after Hexen and Strife.
So I'm still waiting for critics and suggesions about it.

Annd one more question about Doom.
Is this the place you talking about in MAP27? 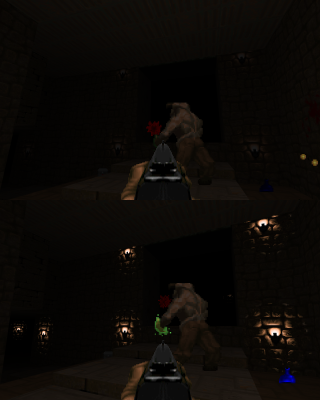 The heretic brightmaps are really cool!

I wish I knew more about them I could probably help you fix them.

Spoiler: Zen Sarcasm
1. Do not walk behind me, for I may not lead. Do not walk ahead of me, for I may not follow. Do not walk beside me, either. Just pretty much leave me the hell alone.
2. The journey of a thousand miles begins with a broken fan belt and a leaky tire.
3. It's always darkest before dawn. So if you're going to steal your neighbor's newspaper, that's the time to do it.
4. Don't be irreplaceable. If you can't be replaced, you can't be promoted.
5. No one is listening until you fart.
6. Always remember that you're unique. Just like everyone else.
7. Never test the depth of the water with both feet.
8. If you think nobody cares if you're alive, try missing a couple of car payments.
9. Before you criticize someone, you should walk a mile in their shoes.That way, when you criticize them, you're a mile away and you have their shoes.
10. If at first you don't succeed, skydiving is not for you.
11. Give a man a fish and he will eat for a day. Teach him how to fish, and he will sit in a boat and drink beer all day.
12. If you lend someone $20 and never see that person again, it was probably worth it.
13. If you tell the truth, you don't have to remember anything.
14. Sex is like air. It's not important unless you aren't getting any.
15. Don't squat with your spurs on.
16. Some days you're the bug; some days you're the windshield.
17. Don't worry; it only seems kinky the first time.
18. Good judgment comes from bad experience, and a lot of that comes from bad judgment.
19. The quickest way to double your money is to fold it in half and put it back in your pocket.
20. A closed mouth gathers no foot.
21. Duct tape is like the Force. It has a light side and a dark side, and it holds the universe together.
22. There are two theories to arguing with women. Neither one works.
23. Generally speaking, you aren't learning much when your lips are moving.
24. Experience is something you don't get until just after you need it.
25. Never miss a good chance to shut up.
26. We are born naked, wet and hungry, and get slapped on our behind. Then things get worse.
27. Never, under any circumstances, take a sleeping pill and a laxative on the same night.
28. There is a fine line between "hobby" and "mental illness."
29. No matter what happens, somebody will find a way to take it too seriously.
30. There comes a time when you should stop expecting other people to make a big deal about your birthday...around age 12.
31. Everyone seems normal until you get to know them

DrVenom8 wrote:But here's a problem with iron lich, hes brightmaps aren't working, I'v got no idea how to fix it


Did you name them HEADxx or LICHxx? These sprites get internally renamed to un-clash them from Doom's cacodemon.
Top

Sprite is named "HEADA1"
Brightmap is located "Brightmaps\Heretic\HEADA1.png"
In "HticDefs.bm" it looks this way
----
brightmap sprite HEADA1
{
map "Brightmaps/Heretic/HEADA1.png"
iwad
disablefullbright
}
----
The same way as any other brightmap, but this one doesn't work.
Maybe it's related with iron lich propertis.
Top

That's it. Change the definitions and brightmap names to be named LICH* instead of HEAD* and it'll work. There are a few more conflicts in Hexen and Strife, so look at this article for a full list.
Top

Thanks! Now it works 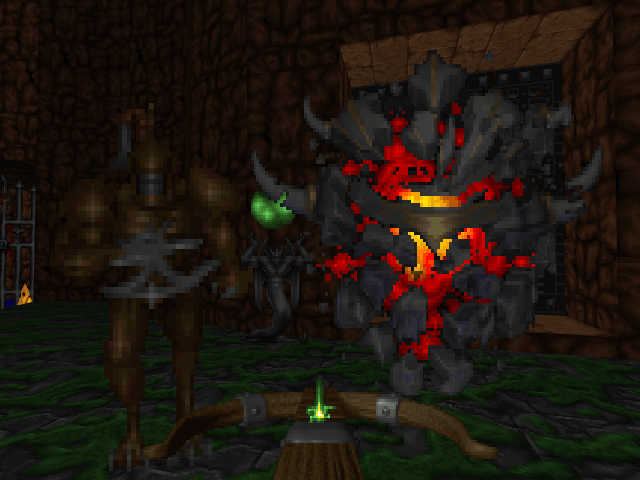 The Heretic ones look really good. A real enhancement to the game.