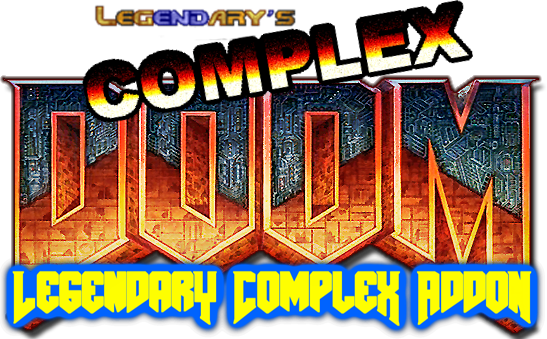 Hello there, I've finally got around to making a forum post for LCA. This is a little mod/addon that I have made with the help of a few people that is still currently being worked on. It adds a variety of things to Complex Doom such as Legendary and Non-Legendary monsters, weapons, powerups, and music. The sole purpose of this mod was just for fun and I've really enjoyed making it along with the friends I've met on the way that helped me get to where the mod is today. Let me know what you think of it and what I can do to improve it. Report any bugs to me here or just pm them to me and I'll do my best to try and get them fixed. This mod also features a custom map showing off all the content inside. The map's name is LCADEMO. So far the current version is v1.5.9.5. I will no longer be using the Zandronum or ZDoom forums due to recent events. All updates will be posted here, the official LCA discord, and on the official LCA forum.

LINK
(Shoutout to Darkstar Archangel for making this video. The Legendary Monsters have their own custom music but it isn't showed here due to copyright.) 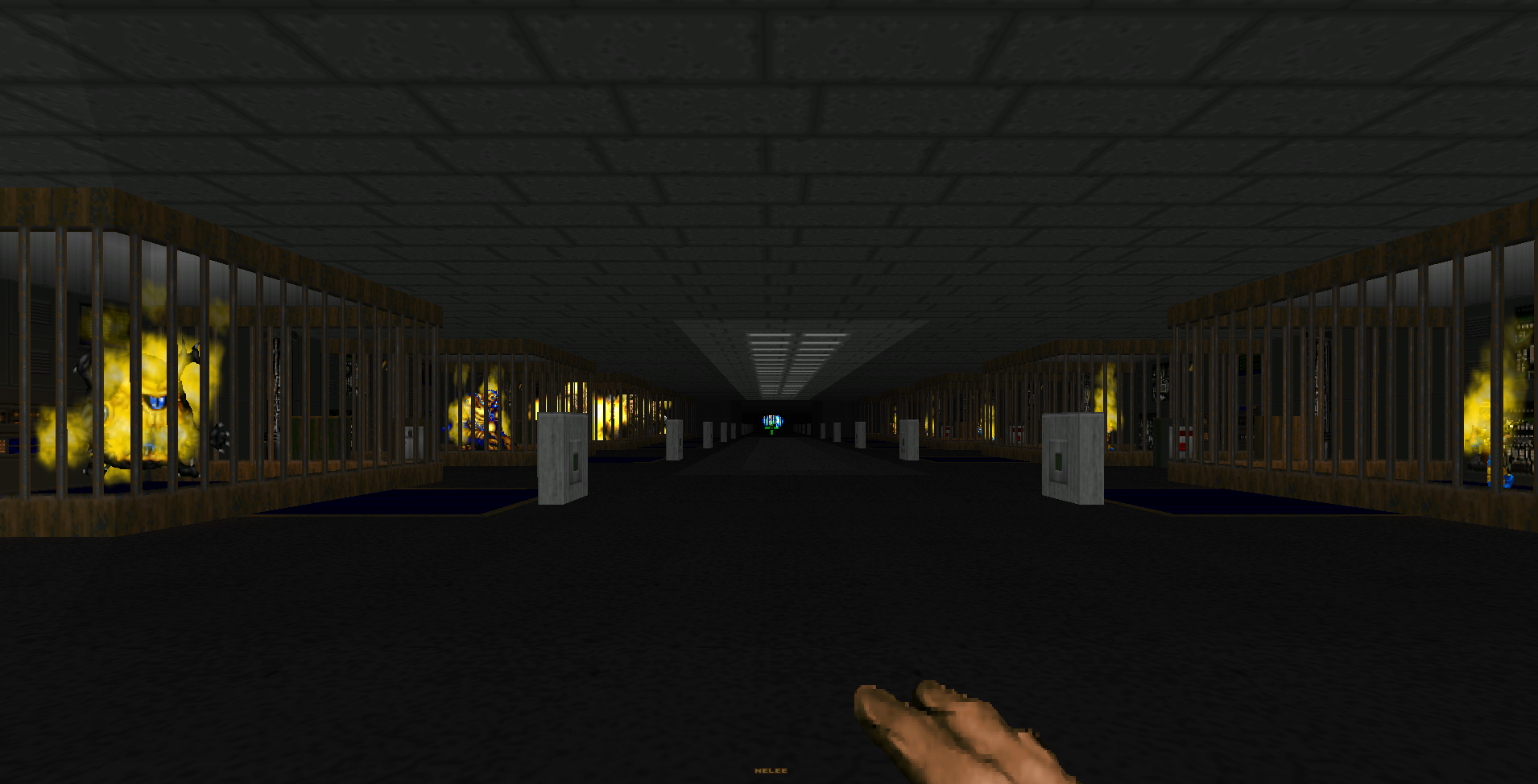 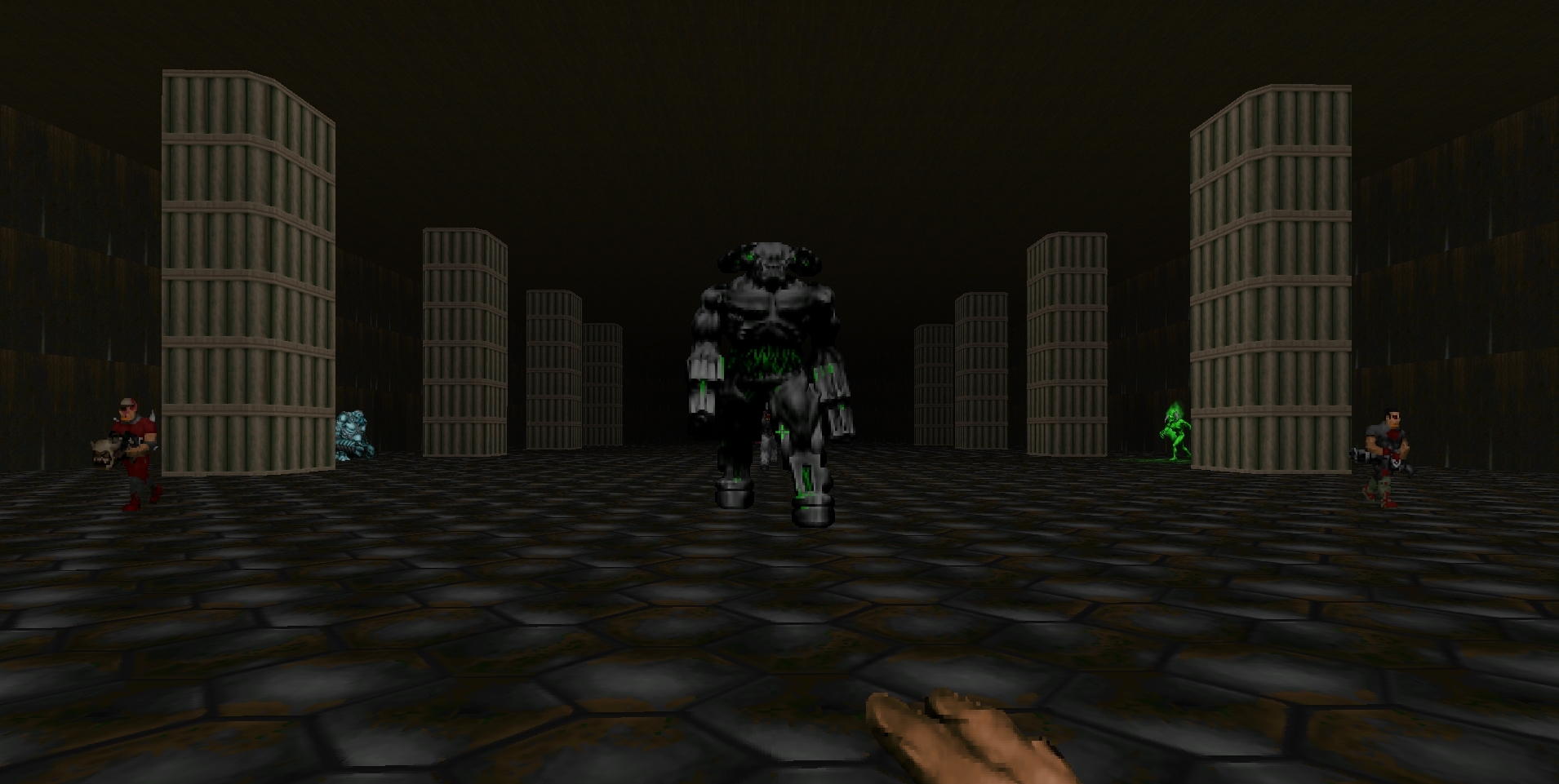 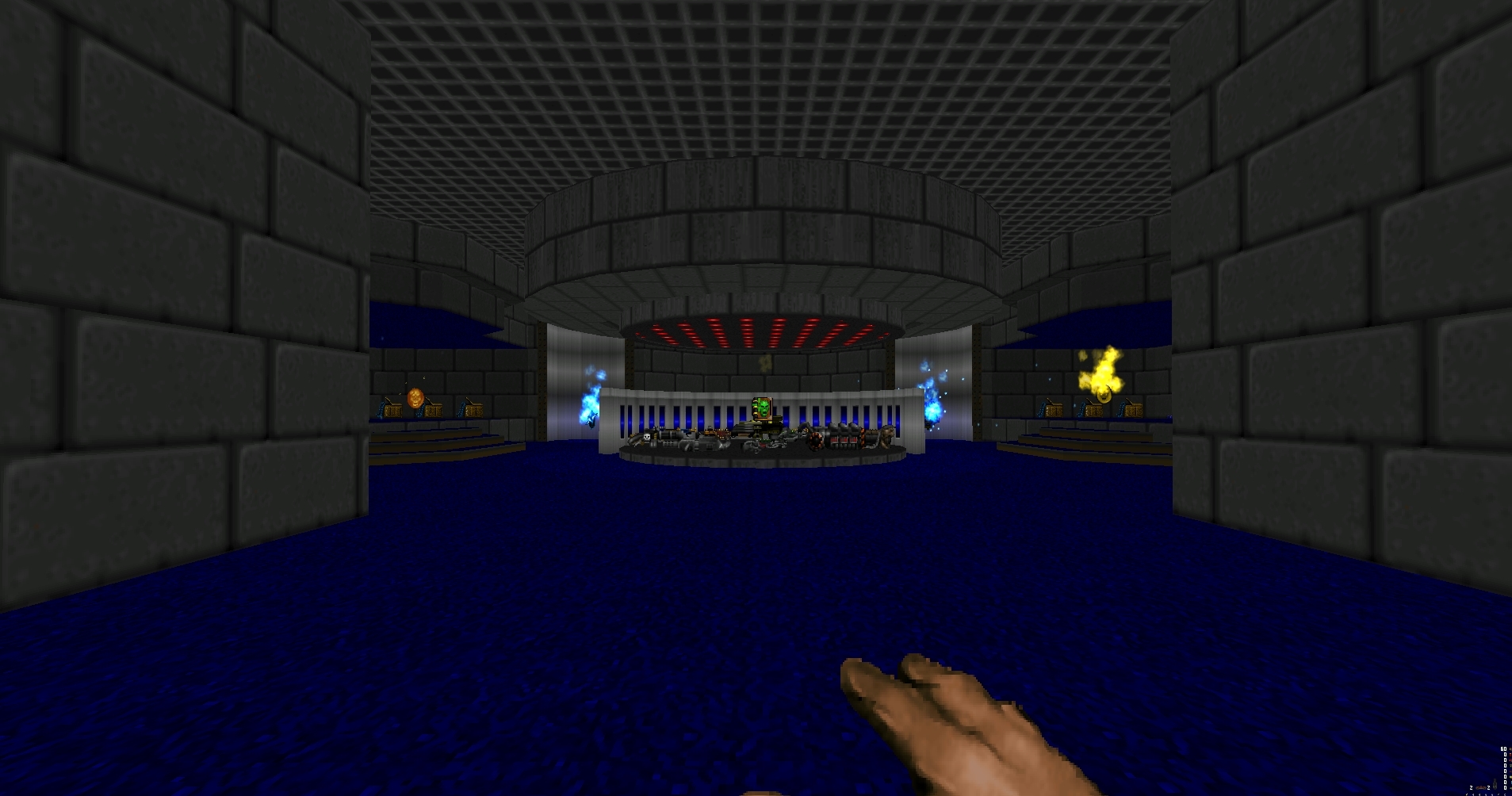 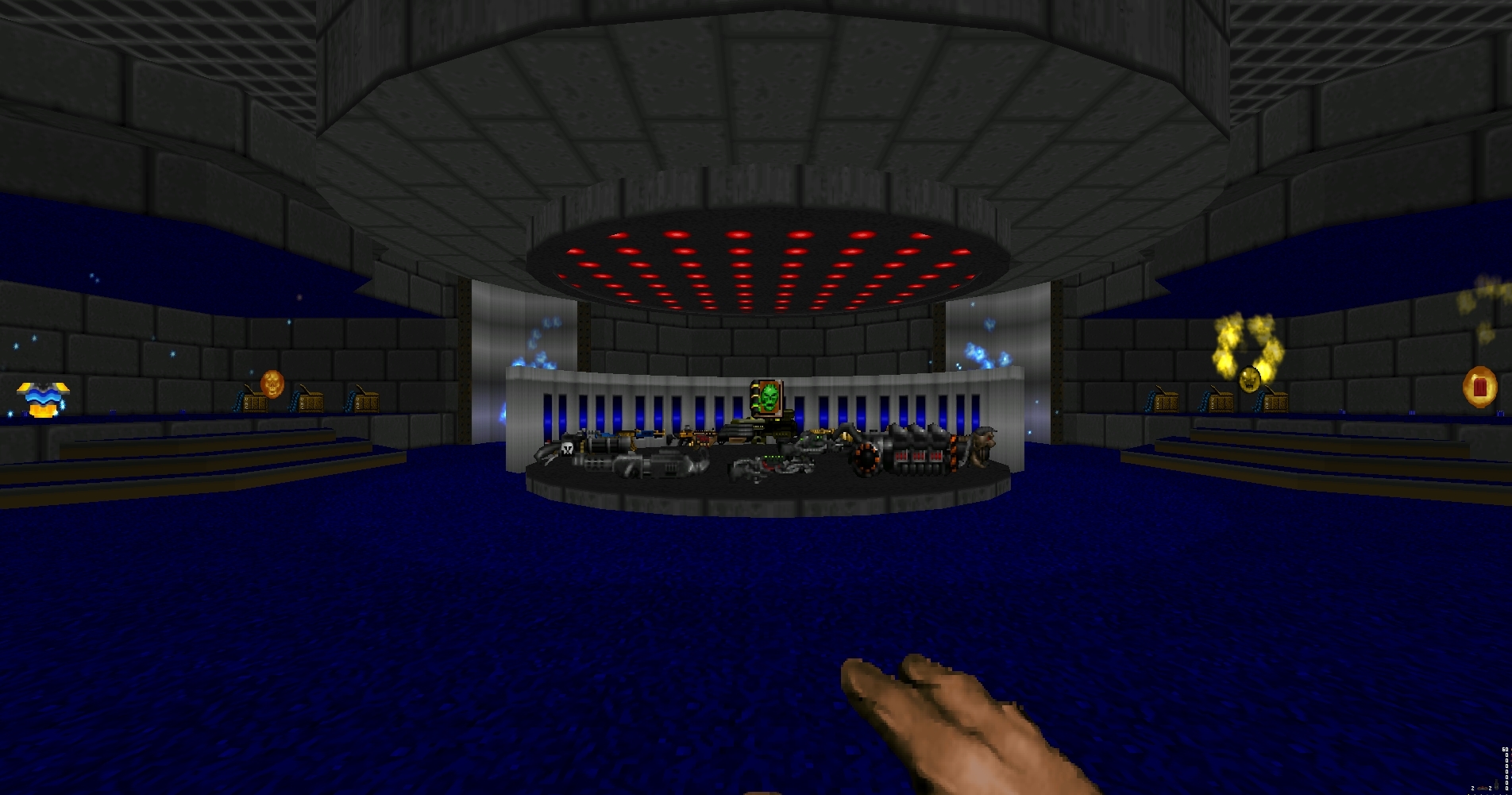 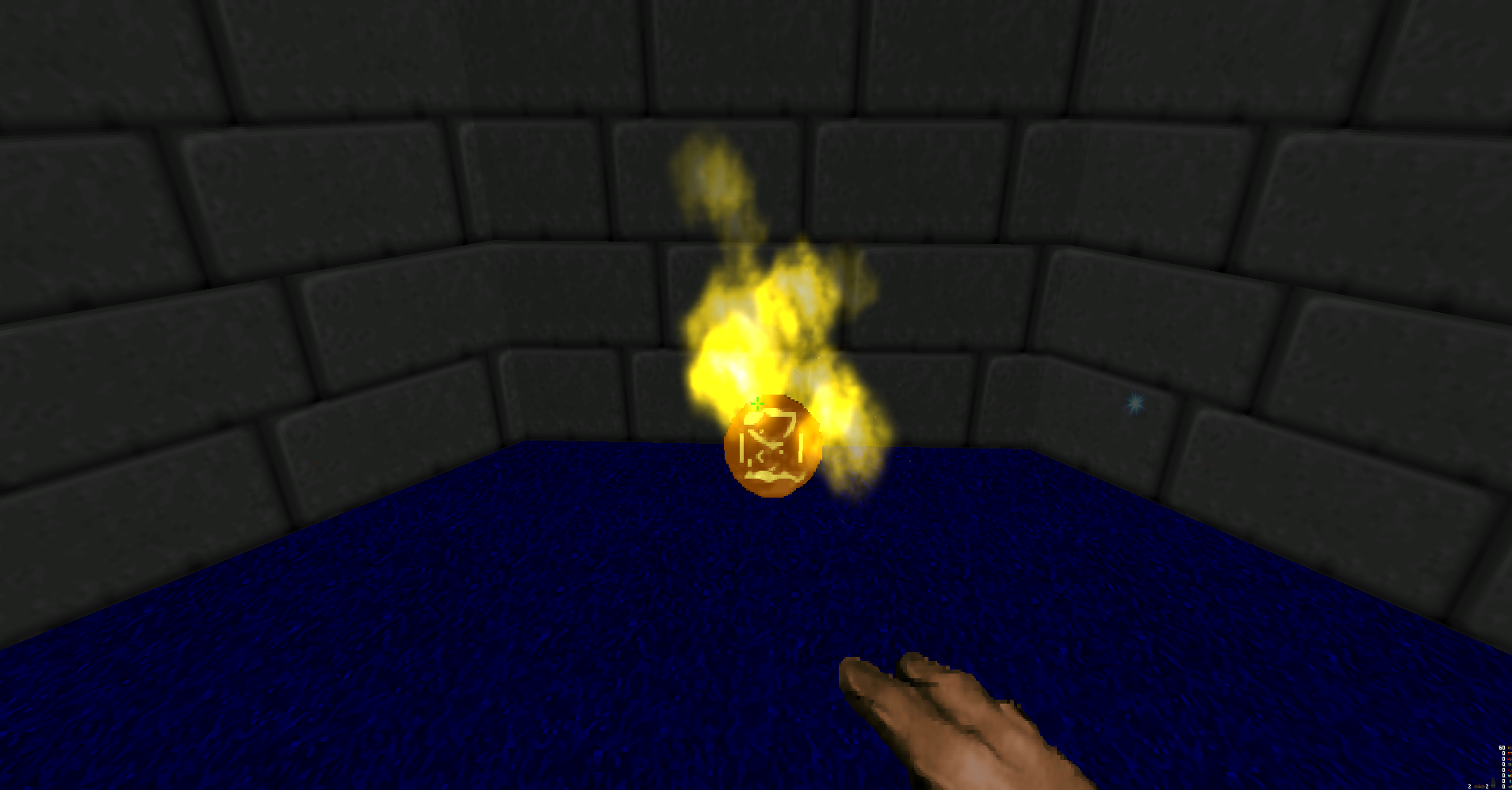 Spoiler: CVARS
lca_legmusic: 0-1, 0 turns off the music for Legendary monsters and 1 turns it back on.
lca_legweapmusic: 0-1, same as the above command but for the Legendary Plasmatic Rifle.

Load Order
- The files must be loaded in this order, any level wad must be placed ABOVE Complex Doom for minimal errors:
. complex-doom.v26a2.pk3
. lca-v1.5.9.6.pk3

Additional Information
For the future of LCA I plan on doing a multitude of things. First, I plan on removing all invulnerability states for Legendary monsters, excluding the True Legendary ones. I will do this in a way that it doesn't nerf them but makes things a little more fair. Second, I will try to get the True Legendary Annihilator (TLA) finished for that same update. I will also possibly increase the weapon drop rates for non-Legendary monsters (Let me know what you think about this one). Lastly, I will rework the Poltergeist so that he will be more original and have more original attacks. Those are just a few of the things I have in store for the next update! I plan on doing many more things to improve the mod even more!

Thanks man, you too. I will, I have a decent amount of things planned but it might take a while.
Top

Thanks to DoomJoshuaBoy, I finally found the correct forum

BloodHaevan wrote: ↑
Sat Aug 26, 2017 2:54
Thanks to DoomJoshuaBoy, I finally found the correct forum

Nice, I have a link for it on one of my Zandronum posts but the topic had gotten locked again.
Top

What do you think of this leg vile?
https://youtu.be/bFO9rgkBsuc?t=6m28s
Top

Sure, wouldn't hurt. I'll possibly do that either today or tomorrow.

Oh wow haha that thing is amazing. Seems like he beat blood to it. I need to get in contact with that guy.
Top

I might have found a bug. After using leg demon rune (leg rev morph), I lose splash damage immunity from leg rune. I still have its other effects, like iron feet.
I'm playing with addons (randommons and dusted), but I don't think they change anything about the rune and demon rune, so the problem must be in LCA.
Top

Hey! Have to say. Loving the Legendary Addon! IT's so much fun, and would love to see more content in the future!

So. I have ran into a slight problem(I think...?). Whenever I try to load up Complex Doom, with the LCA 1.9.5. Nothing happens on the LCA end. It only show the Complex Doom enemies, weapons, and items. I have yet to run into a LCA Addon object, and I have half-way through the game(On the Epic 2 WAD). IS there something I am missing, when I load the Mods up?
Last edited by Lunardian on Tue Sep 05, 2017 22:34, edited 1 time in total.
A simple act of caring, can create a endless ripple.
Top

tarrasqueSorcerer wrote: ↑
Mon Sep 04, 2017 20:32
I might have found a bug. After using leg demon rune (leg rev morph), I lose splash damage immunity from leg rune. I still have its other effects, like iron feet.
I'm playing with addons (randommons and dusted), but I don't think they change anything about the rune and demon rune, so the problem must be in LCA.

Thanks for letting me know. I'll test it out and see. Let me know if you find any other bugs related to LCA.
Top

Do you like my Legendary Icon of Sin?
If so, you can add it to LCA, along with stuff from RandomMons, etcetera, as long as credit is given.
"The Icon is just the Epic Beginning, bring out the many IOS Variants!" --Legendary Icon of Sin (A Complex LCA Custom Monster by mattbratt11)

The Legendary Icon of Sin
is coming soon to CF Servers everywhere.
Top

It's a good concept but the sprite work on the Legendary one could use some improvement. However it is too big to be a replacement for the normal icon of sin. It wouldn't work properly. Also I can't just take entire monsters from other addons, even with credit given.
Top

A little update, I updated the Zandronum 2.1.2 version of LCA. Sorry it took so long.

Edit: Go check out the topic I made for LCA on the ZDoom forums as well. Link is in my first post. I also added screenshots for this post here.
Top

Hey! Did you see my post/question on the LCA? Sorry if I seem a bit....annoying. >.< It's just This is my favorite Add-On, to my favorite Doom Mod, and I'm confused on why it won't load properly.
A simple act of caring, can create a endless ripple.
Top
Post Reply
101 posts